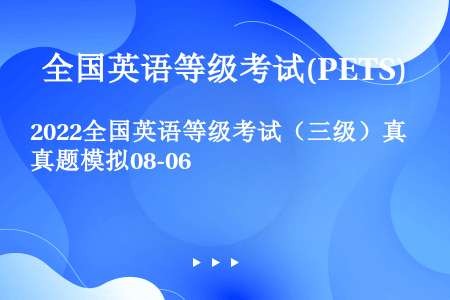 1、It is not necessary to carry cash instead of dollar travellers’ cheques because the latter can be ______.（单选题）

A. used for phones, bus fares and hotel reservations

B. used to pay in restaurants and big stores

C. used like credit cards, even in remote areas

2、By saying “I could afford to be generous. “(third paragraph from the bottom) the man implied that he ______.（单选题）

A. wouldn’t care too much if the stayed single

B. could take her to a better place than Paris

C. was rich enough to support his wife

D. didn’t care what she though about his proposal

A. The Division of Labour makes work more interesting.

B. Specialisation could solve the problem of unemployment.

C. Adam Smith put forward the idea of the Division of Labour.

D. Adam Smith insisted that each worker be better paid.

A. know how to iron certain clothes material

B. spare no care through all the procedures

C. find some proper hangers for the ironed

A. she was struck by lightning

B. two seamen were working

C. she was unloading her oil

D. the fog began to clear up