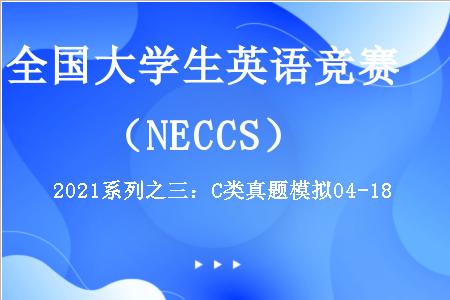 1、Mavis: Did you see how close that finish was? It took my breath away!
Roger: Wait, they’re announcing the winner now. It’s Don Jensen!
Mavis: What a surprise! He’s never won a major race before.
Roger: I’m just astounded to see how much he’s improved.
Mavis: ________
Roger: I’m just floored that my best friend won such an important race.（单选题）

A. Why can’t he improve quickly?

B. What happened to him in the past two years?

D. Let’s go down on the track and congratulate him.

3、Bell once told his family that he would rather be remembered as a teacher of deaf people ______ of the telephone.（单选题）

A. that the invention

B. than as the inventor

C. for the invention

D. as the inventor

4、It was the training that he had as a young man ______made him such a good engineer.（单选题）

5、_______the popular belief that classical music is too complex, it achieves a simplicity that only a genius can create.（单选题）